Dr. Gustafson-Hinds grew up in the small town of Monmouth, IL. The band program was fairly small, but Melissa says the director’s love for music and kids inspired her to pursue a career involving music. In addition to playing oboe at Monmouth, Dr. G (as her students call her), was also a baton twirler and dancer.

Melissa was unsure about her path as a teacher. Her mother was a teacher, so she figured that maybe this is a family gene that was passed down to her. What she does know is that growing up, she always felt her band program lacked resources, but she never knew exactly what those resources were. Although her band directors were amazing, she knew that the lack of resources prevented them from doing more in the band world. Dr. Gustafson-Hinds says that because of this, “My number one thing that I do as a teacher right now is to make sure I’m providing all the students a multitude of experiences within my power and resources that we have.”

Once her time in Monmouth concluded, Dr. G attended Illinois State University as an oboe player and conductor for the marching band, where she was first introduced to teaching. After a while, she decided that it was time to go and put her own stamp on things. At that point, she moved to Southern Illinois and ended up at O’Fallon Township High School, where she has now served 10 years out of her 24 years of teaching.

“I think my passion, at least for music education is providing just amazing experiences for kids”, Melissa says. Not only is Dr. Gustafson-Hinds the Director of Bands at O’Fallon, but she also serves as Department Chair, where she is involved with the choirs as well.

As she oversees O’Fallon’s marching band, wind ensemble, symphonic winds, symphonic band, and Milburn band, Dr. G oftentimes takes a step away from the music. She believes that it is important for her students to “learn to be people”. They need to be able to show up on time, always be prepared, work together with others, be positive, and be respectful to everyone. Many of these lessons are naturally portrayed to her students in the way she conducts rehearsals. As her former student at O’Fallon, I know that these are her standard expectations aside from showing up and playing your instrument.

“I think through band, there’s so many things that they can learn despite being just great people. And besides giving them amazing experiences, I’m hoping that as they go through the program at O’Fallon Township High School, they end up being really amazing people, and that they can venture and then do their own thing.”

One of Melissa’s largest takeaways as a teacher is networking. She finds it very important to find someone that can be your go-to person. Nobody knows all of the answers, but there is always someone more experienced that may be willing to help. This is one reason why she loves the Midwest Clinic and Music for All. She says,“If you’re at those marching band events, there’s everybody around, or a concert band event or anything like that, it’s a really great place to meet really fabulous educators that understand who you are”. Dr. G understands that, “because we’re kind of on little islands, in a way, some people understand what you do, but not completely, because they’re not living it.”

Dr. G believes that the best teachers are always learning. She tries to remain available to others because she knows that others have always been available to her.

Both Melissa and her students take the marching season very seriously. To them, Grand Nationals is not only an opportunity to perform, but it is an opportunity to learn. She considers herself blessed that she has a team that supports her ideas and visions. She believes in Music for All and our vision, and that has helped get her students to where they are now.

Dr. Melissa Gustafson-Hinds is all around an amazing woman, mentor, mother, and friend. She does a phenomenal job teaching her students to not only be fantastic musicians, but to be truly amazing people. I am thankful to have had the opportunity to study under her in my high school years. Without her guidance, I would not have the opportunity to share her story as a Music for All Marketing Intern.

Thank you Dr. G for being an extraordinary music educator! 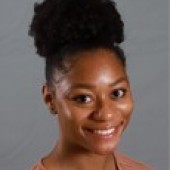 Effective Band Director Techniques for Teaching in Title I Schools