In January, Jack Ireland, an eighth grade Indianapolis Public School student, was assigned to work on a community project for an organization he cares about. As a passionate musician himself, Jack decided to get involved with Music for All and raise money for our cause. We answered some of Jack’s questions, and when he visited our office to gather more information and materials for his assignment, we learned more about his impressive project: a benefit concert at his school for Music for All.

When we asked Jack why he chose Music for All, he told us that he enjoys music and it is a large part of his life. He wants to help provide other people with the opportunity to participate in music, too. Unfortunately, he knows that music can be the first on the chopping block when it comes to budget cuts. He wanted to make people aware of the issue and raise money for our organization.

Members from the Music for All Advancement team were able to attend his benefit concert, which took place Thursday March 1, 2018 at CFI School 2. We were very impressed with the concert and all of Jack’s hard work! In the lobby, there was a display of informational posters and materials about Music for All that Jack had assembled, and the concert featured three rock bands, including Jack’s own band, Facing Daylight. The bands that performed were assembled through ASH ROCK, a program of Sam Ash Music. Through this program, registered students are assembled into bands as closely as possible by age and ability level. The groups learn and play rock classics spanning from the early days of the genre to contemporary songs of today, and most bands go on to write and record their own original future rock classics. Jack had a goal of raising $500, but with donations online and at the benefit, Jack has raised $1,000 for Music for All! Jack and his mom, Joanna, came into the office on March 21, 2018 to present the check to us. All of the staff here at Music for All are extremely impressed, and will showcase Jack’s large presentation check in the front of the office for a month to celebrate his incredible work. Thank you, Jack, for leading by example and being an advocate for scholastic music education! You rock! 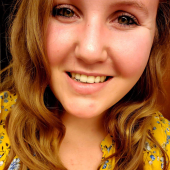 Nick Ramsey Joins Music for All as Events Coordinator

Visit Music for All at the 72nd Annual Midwest Clinic Jeff Young Joins Music for All as Director of Camps